Hey there,
Happy Sunday to you (and Happy Easter to those of you who celebrate as well)!

It’s been almost three weeks without a day off so this is literally my first opportunity to write you something I hope is worth your time.

So I’m incredibly grateful to be with you again.

What are you grateful for on this beautiful Sunday morning?

I always ask this because my hope is you will truly answer so one more time. In this moment, above all else, what are you most grateful for?

So one of the things that was keeping me so busy was our Actors Retreat in Hawaii. I can’t tell you how much I appreciate the opportunity to bring our students over there for eleven days of teachings.

It’s always an incredible experience and this year was no exception – we had another beautiful group who taught me as much as I hopefully taught them.

I cover a lot of topics over the course of eleven days but the real focus is helping these beautiful dreamers get healthier and more empowered about going after their dreams.

I’m passionate about this topic because as Sanford Meisner once said, “Everyone has a dream but most everyone isn’t pursuing it.”

Sandy wasn’t criticizing anyone. He just knew that going after our dreams can be really scary. It often means change and sacrifice – two things most people don’t like very much.

I’ve been going after my dream for twenty-nine years now. March 22nd, 1987 is when I got an airplane and flew to New York to begin my dream of becoming an actor. I had no training, no experience, no connections, no nothing.

Twenty-nine years later I have created a beautiful career as an actor and my wildest dreams have come true. But man has it been a ride getting here and Hawaii is all about sharing what I learned along the way – the good, the bad, and the really ugly.

Because I have fallen down many times. I have been so lost, so lonely, and so scared many times as well.
And there have been a few times where I’ve had no reason to keep going.

When I give talks to actors early in their dream I make sure they understand this part of my journey because all they see is this guy who’s “made it” in their eyes. In fact, they tend to put you on a pedestal and elevate you over them. So I tell them loud and clear, “All you’re looking at is someone who’s figured out why they’re here and who has had the courage to hang in there when there’s no reason to keep going.”

To keep going when there’s no reason to keep going is that the most valuable real estate. Sandy used to call it, “The desert of the your dream.”

I have been in that desert many times and it is scary and if you’re not mentally tough, if you don’t have your sh#$#t together, you will fold.

It’s from these scary times that I came up with a quote that has helped me carry on. It has become one of my favorites and in sharing it, I hope it helps you someday as well: “Greatness lies in going when you don’t want to go.”

Man, the truth of that.

To go when you don’t want to is the key. To go when there’s no reason to keep going is even more where your dream is.

Two of my dearest friends for almost 40 years (sheeesh) are a couple who are no longer a couple, Barrie and Mercie Galvin. Their marriage gave birth to three beautiful boys – Daniel, Christopher, and Patrick.
Christopher always loved to snow board. It was the only thing that really grabbed him and so he kept doing it when most of his ski buddies moved on to “real jobs.”

He decided to go after professionally in a profession full of complete studs.

I’ve followed his career over the years and by most accounts he should have quit many times. There have been way too many crashes and broken bones and last place finishes to carry on.

But he has carried on. He kept going when there was no reason to keep going.

And two weeks ago this happened. 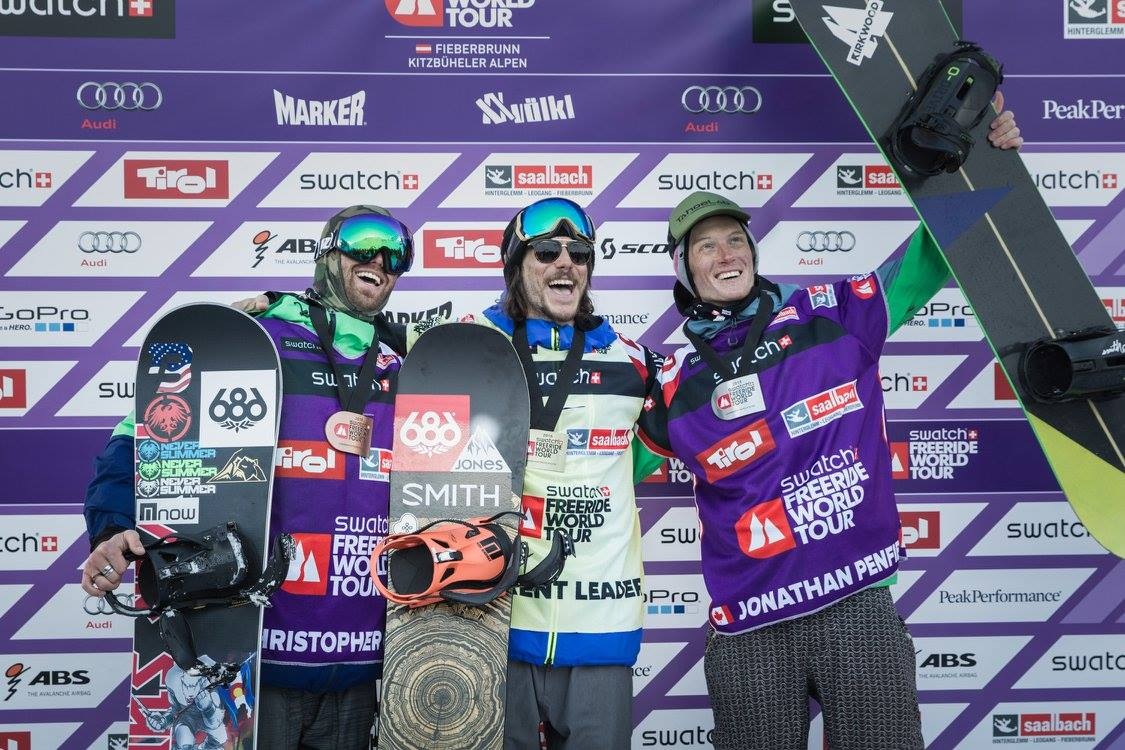 (that’s Christopher on the left!)

Greatness lies in going when you don’t want to go.

Get up and go. I’m rooting for you and here for you, too.

TO ACCESS THE ENTIRE FREE TEACHING LIBRARY
Link to Other Content
Link to Other Content
Link to Other Content
Q&A with you, part 7
Q&A with you, part 6
Looking for miracles
What one thing is holding me back from my dreams? (part 2)
What one thing is holding me back from my dreams?
Advice to my younger self
Q&A with you, part 5
Q&A with you, part 4
Q&A with you, part 3
Q&A with you, part 2
Q&A with you, part 1
No Retreat, No Surrender
The Late, Great Howard Meehan
Can I walk the walk?
How do you stop caring what people think?
Finding the joy in life
I am grateful for you
Finding beauty after tragedy
Words of Wisdom from Bubba
How to make a comeback
I am a procrastinator with big dreams
Finding and building your artistic family
How to persevere when you're struggling
Finding balance when I lose it
What are you doing with your time?
Some Big News To Share With You
This Is Something All Dreamers With A Dream Must Do
Trump or Hilary - This Week's Newsletter Needs To Be A Video
Who Is Your WORST Friend?
Five Important Questions I'd Like to Ask You
I Hope This Helps You As Much As It Helped Me
My Sister Passed Away On Friday
My Thank You Present For You
The Zombies Aren't Coming - They're Already Here!
What Do You Need To Let Go Of?
Thank YOU For Helping ME!
I Need Your Help Please!
What Brad Pitt Taught Me
Here's A Life-Changing Exercise I'd Like To Share With You
An Important Question For All Dreamers
The Olympics - Dream Baby Dream!
This One Is A Surprise
My Mom
You'll Have To Open It To Find Out
Our Crazy World
Who Do You Need To Forgive?
Short & Sweet
How Long Would You Like To Live?
Nothing Can Happen Till You Move - How's Your Dream Doing Today?
I Have A Question For You & Your Answer Can Truly Change Your Life
Who was your first REAL hero?
What can YOU do today to change the world?
An Important Question For All Dreamers
The World's Greatest Lie
An Apology. A Thank You. And Today's Topic.
What do you need to change to get great?
Are you ready to quit?
The Dalai Lama once said, "Rushing is a form of violence"....
You don't attract what you want, you attract what you are
My favorite quote and the key to dreams coming true
Here's what I learned in Hawaii
Do not look at this picture
This is my last newsletter
Who do you need to forgive?
Who was your greatest hero?
Dalia Lama's advice for us dreamers: "If you think you are too small to make a difference, try sleeping with a mosquito.”
I have a gift for you!
My Academy Award nomination
I hope you read this
Why New Year Resolutions don't work
The worlds greatest lie
Answer these two questions
The single most important thing to having your dreams come true
A life-changing epiphany
I want you to know
How can you change this world?
The #1 regret for most people
Who changed your life forever?
I believe this advice will be extremely helpful
What is your biggest fear?
How's your dream doing?
The most important question an actor will ask themselves
Some of the best advice I’ve heard in a long time
How do you deal with criticism?
The Curse of Being a Perfectionist in Art
Who Were Your Greatest Teachers?

Introduction to the Meisner Technique